Tourism & Exchange Division organized a seminar entitled “the Seminar on the Ancient Forests in Borneo and their Relationships with Current Japan.” The seminar was aimed at describing the conditions of tropical rain forests in Borneo in which world-class rich biodiversity exist and revealing the related environmental problems that had been encountered in the region. A photographer, Mr. Yusuke Abe spoke about coexisting (symbiotic) and coevolution of lives that had been created by the rich biodiversity in tropical rain forests, showing beautiful photographs of wildlife in the Borneo forests. Mr. Toshinori Tsubouchi, a professor at Seisa University and foundation director of Borneo Conservation Trust Japan, explained the connection between the lives in tropical rain forests in Borneo and daily lives of Japanese people. He described the importance of the forests in Borneo and suggested the actions that Japanese people can take to make changes on the devastation and protection of the forests. 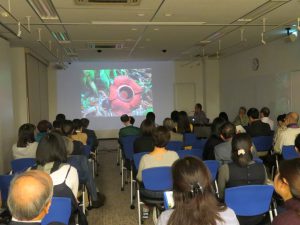 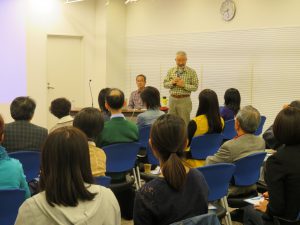