Tourism EXPO Japan is the biggest travel fair in Japan, participated by over 140 countries and regions from around the world, 47 prefectures of all Japan, and tourism industries.
ASEAN-Japan Centre joined the event to promote the launch of “Visit ASEAN@50 Golden Celebration 2017” campaign for next year, to commemorate the 50th anniversary of ASEAN’s establishment.  Along with the campaign, AJC promoted ASEAN as a single destination for the Japanese market. 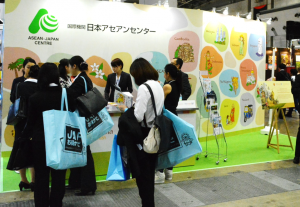 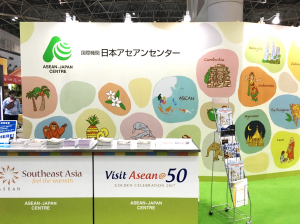