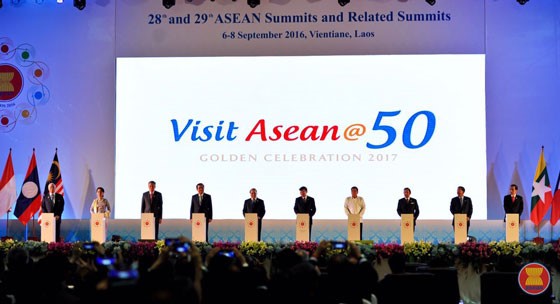 The branding was unveiled by the 10 ASEAN heads of state at the ASEAN Summit in Vientiane, Laos today.

The new campaign will promote the twin objectives of commemorating the 50th anniversary of ASEAN in 2017, and embracing the ASEAN region of Southeast Asia as a single and united, yet diverse, tourism destination.

Further objectives of the Visit ASEAN@50 campaign include raising international visitor arrivals to Southeast Asia from 108.9 million in 2015 to 121 million by the end of 2017 and increasing tourism receipts from USD75 billion in 2014 to USD83 billion, also by the end of next year. 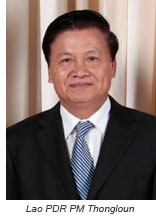 “ASEAN’s Golden Jubilee serves as a great opportunity for our 10 member states to celebrate Southeast Asia’s strength through diversity as the world’s fastest growing tourism destination,” said Mr Thongloun Sisoulith, Prime Minister of Lao PDR and Chairman of the ASEAN Summit. “Visit ASEAN@50 will contribute towards our vision of creating a cohesive ASEAN economy,” he said.

Key target markets for ASEAN’s 50th anniversary tourism campaign in 2017 will be long-haul markets such as Europe, Middle East and North America, as well as intra-ASEAN, China, Japan, Korea, India and Australia.

The ASEAN Tourism Competitiveness Committee, which is responsible for the tourism campaign implementation with partners, says planned ASEAN@50 marketing activities include:

The 2017 50th anniversary tourism campaign is part of the ASEAN Tourism Strategic Plan 2016-2025, which was adopted by the association’s tourism ministers in Manila in January 2016.