Deepening interdependence in trade between the ASEAN Member States and Japan

ASEAN region as a prominent production base and enormous consumer market

For a number of Japanese companies, the ASEAN Member States have been important investment destinations in parallel with China and the U.S.  Japan and the ASEAN Member States have consolidated institutional frameworks to further vitalize trade and investment activities by concluding or signing bilateral economic partnership agreements (EPAs), as well as investment agreements; the ASEAN-Japan Comprehensive Economic Partnership (AJCEP) Agreement also went into force on December 1, 2008, between the ASEAN as a whole and Japan. In 2018, more than 13,000 Japanese companies operated in the ASEAN region, and the number of Japanese people living in the region surpassed 200,000.

The ASEAN Economic Community (AEC) established in 2015 is drawing wide attention from Japan, as well as the rest of the world, as it is expected to further vitalize the regional economy by creating a single market with fewer barriers to the flow of people, goods and capital. A huge economy with over 650 million people created by the AEC is an attractive consumer market for the Japanese companies along with their already well-established production networks.

Accelerating flow of people between the ASEAN region and Japan

Meanwhile, as the middle class has expanded with the ASEAN Member States’ economic growth, Japan today has become a popular tourist destination among people in the ASEAN region. This trend has been accelerated by the emergence of LCCs and changing lifestyles. The number of people visited Japan from the ASEAN Member States in 2018 was more than 3.4 million, which was 5 times more than 10 years ago.

Further, number of students studying in Japan has been increasing. There are a growing number of youths in the ASEAN Member States who became interested in Japan and decided to lean Japanese language. Many of them took their motivation from Japanese pop-culture, including animation, manga and J-POP music, which have been popular in the region. 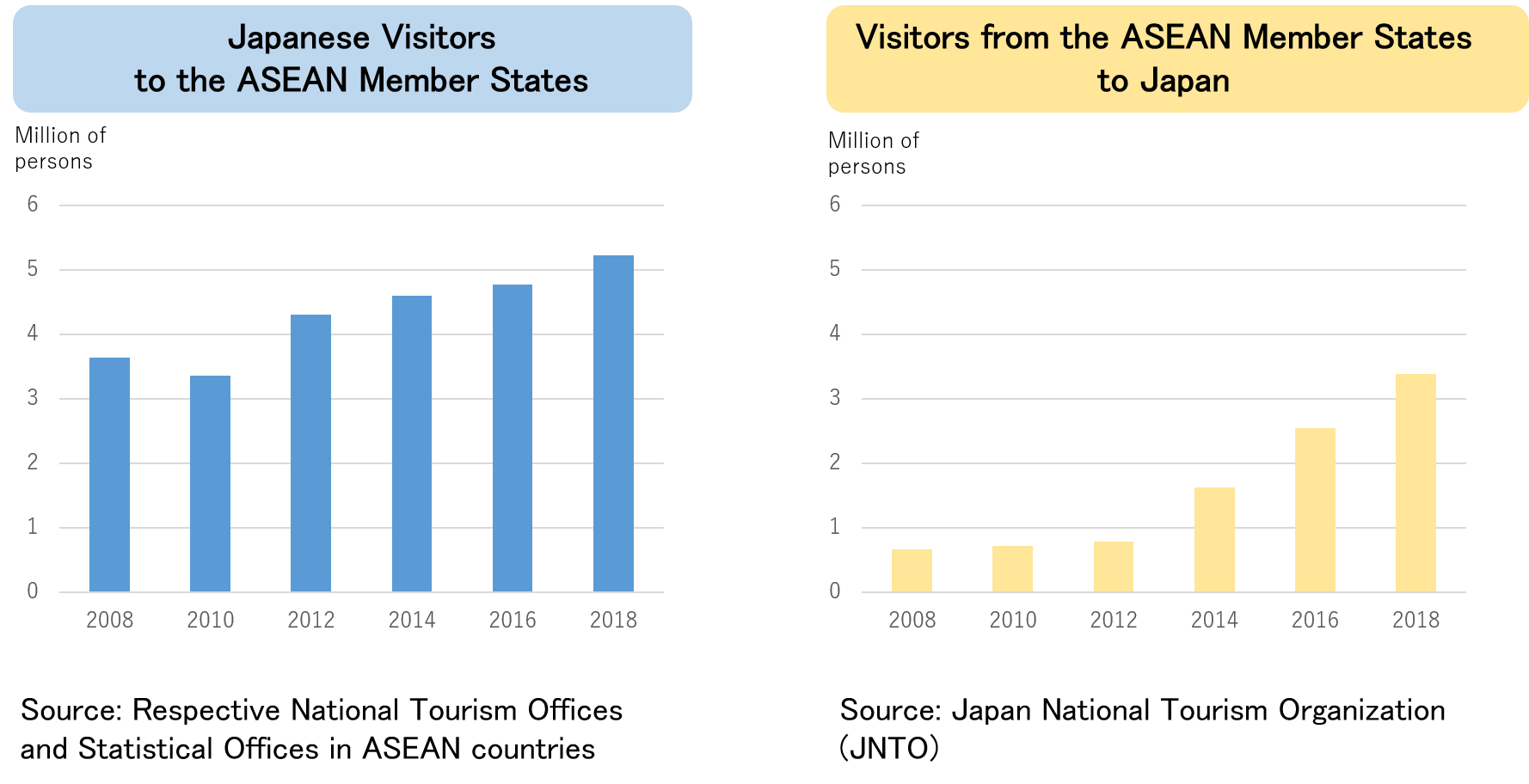