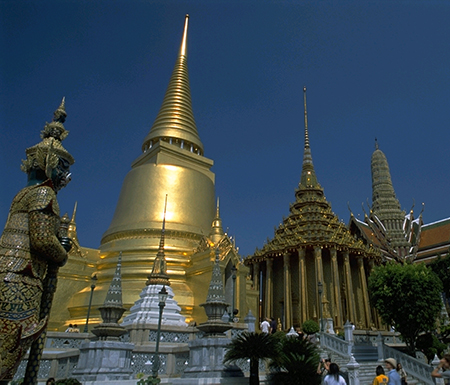 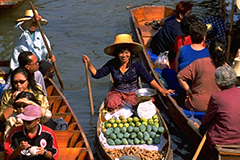 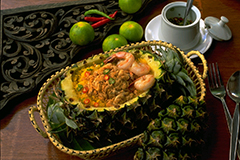 It is called the Trirong (3-colored flag). Blue stands for the monarchy, white represents religion and red signifies the cooperative spirit of the country and the people.

Having never been subject to foreign colonial rule, Thailand has evolved through history with its original culture intact. Most of its population is Buddhist, and Buddhism fulfills important functions together with ethnicity and monarchy as the three main props consolidating the nation. Thailand has successfully industrialized as a result of bringing in foreign capital from Japan and other countries since the 1980s. Also, Thailand offers a wide variety of tourist attractions including Bangkok, once known as “Venice of the East”, historical places registered as world heritage sites and beautiful beach resorts.

Thailand and Japan have traditionally enjoyed amicable bilateral relations with the history of exchanges for over 600 years. The two countries have established close partnership in various fields including politics, economy and cultural exchanges based on the close bond of the Royal and Imperial Households.