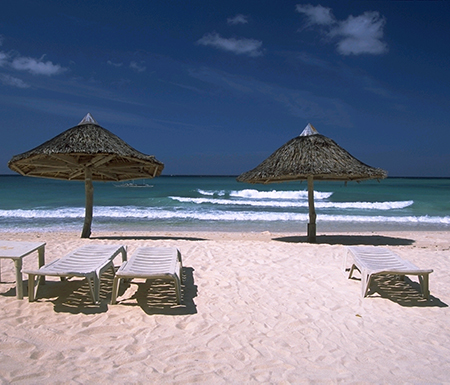 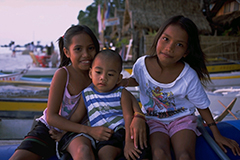 The 8 rays of the sun are the 8 provinces which stood up during the independence movement. The 3 stars are the regions of Luzon, Visayas and Mindanao. Red represents courage, blue is for noble ideals and the white stands for peace.

Island nation described as the “Pearl of the Orient Seas”

The Philippines, often described as the “Pearl of the Orient Seas”, is an archipelagic state which is made up of more than 7,000 islands including 11 major islands. With a population which is approximately 90% Christian, it is the only predominantly Christian country in the ASEAN Member States. A blend of its own native lifestyle together with those of the USA and Europe, especially Spain, has produced today’s unique Philippine culture. It is a tourism-oriented country where people can enjoy unique trips to the energetic capital Manila that continues its remarkable development, inhabited islands which provide exclusive access to blue water and white beach, and verdant tropical rain forests, among others.

Japan is an essential trading partner to the Philippines along with China and the USA. Today, the Philippines’ major export products, which had traditionally been seafood and bananas, are now replaced by manufactured products such as semiconductors. The Philippines and Japan are now aiming to strengthen economic partnership in various areas including liberalization of services and opening the Japanese labor market to Filipino workers in the field of healthcare services.

Embassy of the Republic of the Philippines in Japan