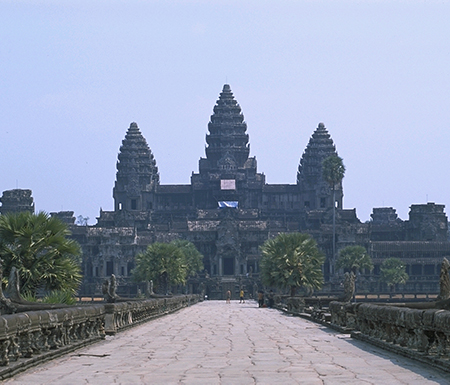 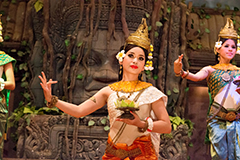 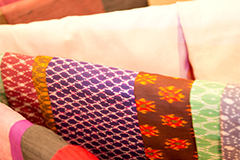 Cambodia is a country located in the center of the Indochina Peninsula, blessed with fertile land and abundant water resources supplied by the Mekong River and Tonle Sap Lake. The country is called a “nation of forests”; and the most of the areas around its northern border are covered by forests. About 95 % of its nationals are Buddhists. Following a long period of strife on the Indochina Peninsula and civil war, a new government was finally established in Cambodia through a general election in 1993. The country’s main industries are agriculture and tourism. The World Heritage Site of Angkor attracts an especially large number of tourists every year. Today, Cambodia is drawing much attention as a strategic place lying in the center of the ASEAN region, bordering Thailand, Vietnam and Lao PDR that together forms the Great Mekong Economic Zone, embracing the Great Mekong River and facing the South-China Sea.

Japan has a long history of exchanges with Cambodia, which could be seen in Japan-towns that had existed in the area in the era of vermillion-seal (late 16th century to early 17th century). To this day, Japan maintains close relationship with Cambodia and conducts numerous projects supporting local initiatives at both government and private sector levels, one of which is the restoration of these historic monuments epitomizing the glory of old Khmer Empire.

Royal Embassy of Cambodia in Japan