On September 1, 2018, the Centre was restarted with a new structure. The comparison of the former and the new structures is as follows:

In the new structure, the Centre established two offices: a general affairs office, and an office of the secretary general, as well as one operational department. It abolished divisions and created four clusters, which implement a loosely connected group of related work programmes and subjects that function together. 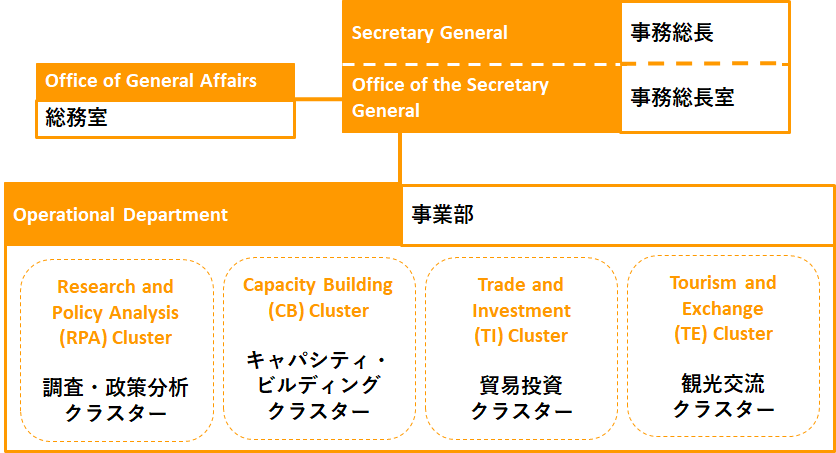