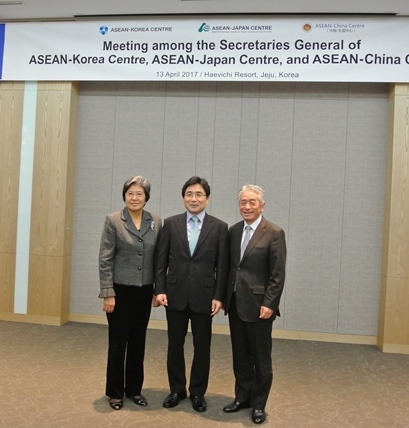 The 9th Meeting among Secretaries General of ASEAN-China Centre (ACC), ASEAN-Japan Centre (AJC) and ASEAN-Korea Centre (AKC) was held in Jeju, Korea on April 13, 2017. The three Centres have met regularly since 2013 on the sidelines of the ASEAN Tourism Forum and other important meetings of dialogue partners. The Centres also organize the annual meeting in turn; and the AKC hosted it this year.

Through the meeting, the Secretaries General reconfirmed their commitments to further enhance cooperation in accordance with the request from the ASEAN Plus Three leaders, especially in this milestone year of the 50th Anniversary of the establishment of the ASEAN and the 20th Anniversary of the ASEAN Plus Three dialogue. They agreed on mutually sending participants to the youths exchange programs to be organized by the ACC and the AKC as well as sending their staff members to observe some of the flagship programs organized by other Centres. In this regard, the AJC offered the other two Centres to participate in the reception it plans to commemorate the 50th Anniversary of the ASEAN in 2017. In addition, after the meeting, the members of the three Centres participated in the networking program hosted by the AKC, in which they further deepened their close relations.

The concrete cooperative activities among the three Centres and their strengthened network would contribute to consolidating the regional partnership in the ASEAN Plus Three context. 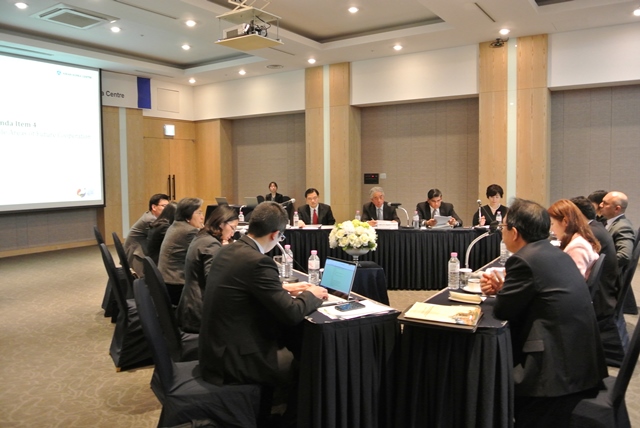 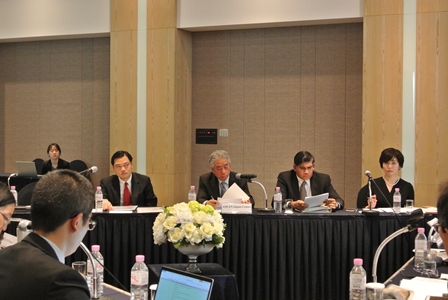 AJC delegation participating in the meeting 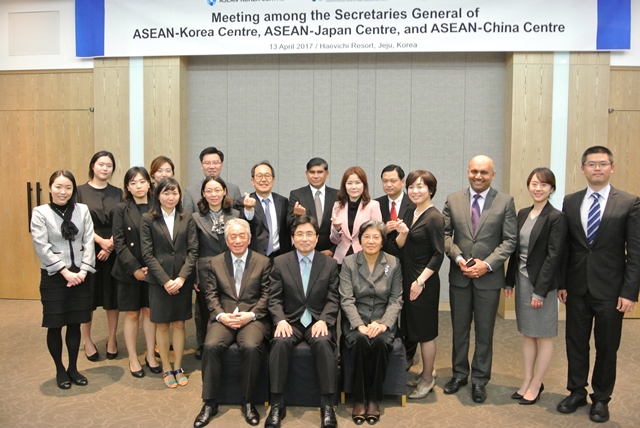 Group photo of the participants of the tripartite meeting