ASEAN-Japan Centre will organize a film screening event of “Passage of Life”, a Japan-Myanmar co-production film, at ASEAN-Japan Hall on December 20th, from 6:30 pm to 9 pm. The film will be shown with English subtitles. The admission is free.

AJC has been supporting the film“Passage of Life,” sponsored by Japan-Myanmar Media Culture Association and produced by E.x.N K.K (Producer/Mr. Kazutaka Watanabe; Director/ Mr. Akio Fujimoto) since May 2017. The film obtained 5 awards from 4 international film festivals in 2017 and 2018.

At the screening event, Mr. Watanabe, the producer and Mr. Fujimoto, the director will talk about the outcomes of the screening of the film in the last two years, and introduce their new project, a Japan-Vietnam co-production film. (Please note that the report and talk would be done only in Japanese.)

Although the film is no longer showing in the theaters (finished in Oct.2019), Japan-Myanmar Media Culture Association is continuing to screen the film upon requests in various places. 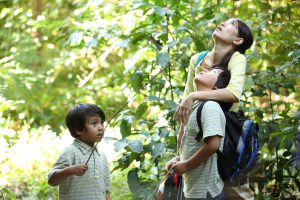