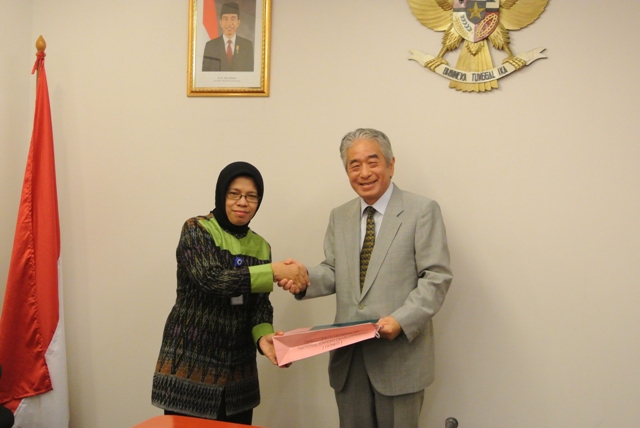 At the courtesy call, SG Fujita explained the details of the reform that the Centre is undertaking for its activities. He particularly elaborated on the changes introduced in the Centre’s trade related activities and explained new activities such as the service trade and new forms of trade of the respective ASEAN Member States. Ms. Tjahya Widayanti welcomed SG Fujita’s visit and acknowledged the Centre’s reform efforts. She extended her expectations towards the Centre’s activities in further enhancing Japan-Indonesia as well as Japan-ASEAN economic relations.